It was around 7:30 pm. After day-long labor at his Public Health Center (PHC) in Gangaram, Dr. Mukram was getting ready to leave for home. He hadn’t broken his fast yet. That’s when Asha worker, Padmaa, called from Polaram village, which is almost 20 km from the PHC. A young mother had gone into labor and her amniotic fluid was broken.

“It was a single lane rough road with a lot of potholes. If another vehicle comes from the opposite direction, you are stuck. That night, there was no power as well. But we couldn’t afford to wait for an ambulance. Otherwise, the woman would have given birth in an unhygienic condition at home. The woman’s condition was so weak that we had to carry her to the car. By the time we reached back, it was almost 10 pm. The baby’s head had reached the mother’s perineum,” he said. 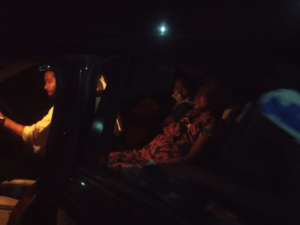 However, the ordeal of the night was not over for the doctor and his staff as yet. The baby girl was not responding. The amniotic fluid had entered her stomach and she had turned blue. The doctors further sucked out secretions from the baby’s lungs and waited for a positive sign. A few minutes later, the baby cried and turned pink.

It was almost night by then. The doctor hangs his apron and heads back home to Mahabubabad town, which is 30 kilometers away from the PHC.

This is not for the first time that Dr. Mohammed Mukram has driven through the forests to help an expectant mother. This 35-year-old medical officer was appointed at Gangaram PHC in 2018. Since then, his car doubles up as an ambulance. Sometimes with the help of local auto drivers, Dr. Mukram has been attending medical emergencies.

“Gangaram is between two mountains. It is the remotest village in the district. Even for BSNL, you don’t get a network beyond 2G. People are from the Koya tribal community and they are very poor. You don’t even get groceries here. That’s the reason why I have taken a house in the town. Every day I travel up and down, 60 km,” said the doctor wearing a smile.

There are 20 PHCs in Mahabubabad district, five of them in tribal areas. With a population of 10,000, the Gangaram Mandal has 10 Gram Panchayats, 4 Sub Centers and 21 Asha workers.

However, the district only has only 9 emergency ambulances. “For Gangaram, we need a dedicated ambulance. The main mode of transport is a bullock cart or tractor. You cannot bring a pregnant woman on these bullock carts or tractors, especially through these forest routes,” he said.

A recipient of the best medical officer award twice, he has been going out of the way to attend poor and ailing in the remote forests.

“Doctors like Mukram are an inspiration for the whole medical tribe. His hard work and courage need to be admired. We are trying to get maximum deliveries in government hospitals. In tribal areas, home delivery most of the times leads to an infant’s death. Also, the mother will have some medical complications,” said Sri Ram,  District Medical Officer.

Every month the government hospitals attend almost 800 deliveries. Now along with Covid-19 awareness drive, doctors are trying to explain to people the importance of hospital delivery. 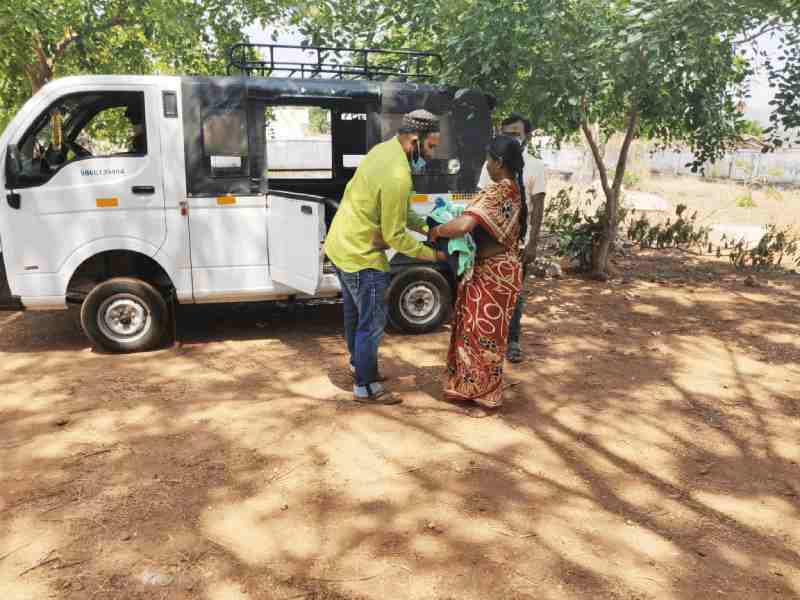 “Not every doctor will take up posting in remote and border areas like Gangaram. But for them to do their job efficiently, we need to provide the necessary facilities. Usually, based on the expected date of delivery, we schedule ambulance services. But sometimes the women go into labor early,” he said.

Even during the Covid-19 lockdown, the doctors are making sure that the pandemic does not impact other medical and health emergencies.

Mahabubabad district collector V P Gautham shared the incident on social media appreciating Dr. Mukram for his heroics. “This child was born yesterday night in the remotest PHC of our district (Gangaram) in the Agency area. Medical officer Dr. Mukram brought the expectant mother in his car and conducted the delivery. Such heroic stories inspire us in these tough moments,” he said

This child was born yesterday night in the remotest PHC of our district (Gangaram)in Agency area. Medical officer Dr.mukram brought the expectant mother in his own car and conducted the delivery
Such heroic stories inspire us in these tough moments